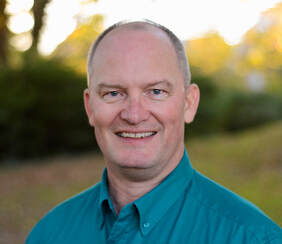 Retired Assistant Chief Clifford Gill
Clifford Gill is a native of Cincinnati, Ohio.  He holds a Bachelor of Arts in Criminal Justice from the American Military University.  He is a veteran of the United States Navy.

He entered on duty with the U.S. Border Patrol (USBP) as a member of Class 377 on May 18, 1998.  During his career, he worked in the Laredo Sector and at USBP Headquarters in Washington DC.

In his final assignment at USBP Headquarters, he served as the Assistant Chief over the Awards and History Programs.  He was the founding program manager for each of those programs. As the historian, he made numerous significant discoveries through hours of research at the National Archives.  In his previous assignment as the USBP Fleet Program Manager he identified efficiencies in managing the fleet that earned him the Logistician of the Year Award given by the International Society of Logisticians, Washington DC chapter.  In addition to his regular duties he was a member of the USBP Honor Guard and Pipes and Drums (P&D).  He led the formation of the P&D in 2007 and was the founding Commander.

He is a recipient of the USBP Newton-Azrak Award, the USBP Commendation Medal with a "V" device, USBP Achievement Medal with "2" device in lieu of a second award and the USBP 75th Anniversary Medal.

​In retirement, aside from sending USBP history mails, he assists Ray Harris in managing HonorFirst.com and in moderating the applicant's and agent's Delphi forums. To continue advocating for the USBP workforce, he maintains regular communication with active USBP employees of all levels/ranks through daily emails, telephone calls and via social media.
Email Cliff

The photograph above was taken of Cliff in December 2018 at the National Archives in Washington DC.  At the time, he was the USBP's historian was discovering many of the documents that were used to create pages in this website..