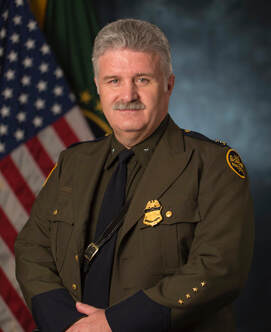 More about Joe
Joseph Banco is a naturalized U.S. citizen who emigrated from the former Socialist Federal Republic of Yugoslavia.   With over 38 years of government service, he retired from the U.S. Border Patrol in 2018 as the Deputy Chief Patrol Agent of the New Orleans Sector after almost 24 years, having served on the Southern, Northern, and Coastal borders as well as assignments at Headquarters in Washington, DC, and overseas.  These included border assignments in Texas, California, Arizona, Washington, Florida, New York, Michigan, and Louisiana, working with the Royal Canadian Mounted Police while assigned as liaison at their Headquarters in Ottawa, Canada, negotiating international agreements with Canada, Mexico, and Central American nations and coordinating the posting of Border Patrol Agents around the world while assigned as Chief of Foreign Operations for the U.S. Border Patrol.  Prior to entering the U.S. Border Patrol, Joseph Banco served on active duty in the U.S. Air Force for more than 14 years as a Law Enforcement Specialist/Supervisor and Disaster Preparedness Manager.  His service in the Air Force included assignments across the United States, in the European theater, and in Southwest Asia as part of Operation Desert Storm. He holds a Bachelor’s Degree in Criminal Justice and a Master’s Degree in Homeland Security.  Joseph Banco is a recipient of numerous awards to include the Outstanding American by Choice Award, the Secretary’s Award for Excellence, the DHS Partner Award, and the USBP Commendation Medal.
Email Joe