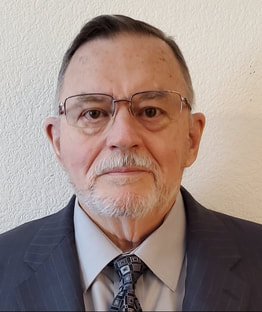 Retired Immigration Special Agent Ray Harris
Ray Harris is a native of Columbia, South Carolina.  He holds a Bachelor of Arts in Political Science from the University of Arizona, an Associate of Arts in Business Administration from Pensacola Junior College, and an Associate of Arts in Criminal Justice from Pima County Community College.  He is a 13-year veteran of the United States Marine Corps having achieved the rank of Gunnery Sergeant (E-7).

He entered on duty with the U.S. Border Patrol (USBP) as a member of Class 139 on September 15, 1980.  During his 17-year career with the USBP, he was assigned to five different stations:  In 1997, he transferred to Investigations within the Immigration and Naturalization Service as a Special Agent in San Bernardino, California.  He remained in the position until his retirement from federal service in 2002.

He is a recipient of several Quality Step Increases and numerous performance awards.  In 2020, Ray Harris was awarded the U.S. Border Patrol's highest award for performance, the USBP Commendation Medal.  As of this writing, he is the only recipient to have received the recognition for efforts performed completely while retired.
Email Ray
The Creation of the HonorFirst Website and Delphi Forums
The internet saw its popularity begin to grow in the mid-1990.  About that time, Ray Harris realized that there were no sites that contained information on the U.S. Border Patrol and its hiring process.  To address that shortfall, sometime around 1998, Ray created a one-page website that consisted of a simple announcement that the Border Patrol was hiring.  The site had a green background with a green font and included his email address.

After launching the site, Ray was soon was overwhelmed with applicants requesting additional information. In his attempt to answer the flood of applicants, Ray spent approximately four hours on the telephone per day speaking to applicants.  Realizing the unsustainable pace was problematic, Ray found a solution with Delphi Forums.  In March of 1998, Ray created an open forum that evolved to be the Agent's Forum.   The idea behind the forum was for people who were in the hiring process, and agents, to offer assistance to new applicants in navigating the convoluted hiring process.  At the time, the Agent's Forum was the only LEO forum on Delphi.  In the following year, Ray created the Applicant's Forum.

Ray realized that the government seemed to have no intention of creating a website to inform and assist applicants. Therefore, he expanded the information contained on HonorFirst.com and switched website providers.  HonorFirst.com  was dedicated exclusively to assisting Border Patrol recruiting and helping applicants.  Since its inception, the Applicant's Forum has accumulated over 48,000 members, with over 3.7 million additional people visiting.

​The significant impact of the site became apparent when Ray received a call from the Office of Personnel Management (OPM) stating that HonorFirst.com was skewing their statistics.  To correct the anomalies, OPM assigned a code to collect statistics of applicants who applied from HonorFirst.com.

​Years later, Ray received a call from U.S. Customs and Border Protection (CBP) requesting to use content from HonorFirst.com to help establish what would evolve into today's CBP Border Patrol hiring page.  Since then, CBP's hiring websites have improved and are great sources of information for applicants.

In March 2021, Ray invited recently retired Assistant Chief Clifford Gill to assist in moderating the Delphi forums and to be a webmaster for HonorFirst.com.  Cliff has built on the solid foundation created by Ray and has expanded HonorFirst.com to include pages to attract current and former Border Patrol agents as well as those interested in the USBP.
All HonorFirst.com web pages and documents are copyright 2017 - 2021 by Ray Harris.  All rights reserved.
DISCLAIMER:
​HonorFirst.com is in no way affiliated with the Department of Homeland Security,
Customs and Border Protection, or the US Border Patrol.
The US Border Patrol is an equal opportunity employer.