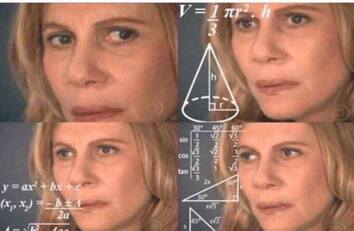 Other than on the firing range, the only time I fired my pistol in the line of duty, I had my little guy in one hand and my pistol in the other.  I really should stop the story there, but I'll fill in the details.

It was a lazy midnight shift and my supervisor and I were parked near the river trading stories when dispatch announced a series of sensors going off (port one and port two).  The port one sensor was upriver of an arroyo and the port two was downriver of it.  It sounded like good traffic.  He decided to take the closer,, upriver area to check for sign and had me go to the downriver side.

Before the sensors went off, I was about to break off the conversation so I could relieve a pretty full bladder.  But now that was going to have to wait.

My supervisor and I quietly approach the area on either side of the arroyo.  After checking for sign, neither of us found any evidence of people.  We went bright with flashlights to confirm no one was there.  Once we were certain, we told dispatch the sensor traffic was due to animals.

Via radio, my supervisor told me he was leaving the area.

The sense of urgency from my bladder told me that now is the time.  So, I took out my little guy while simultaneously looking to my right down into the arroyo.  It was a full moon, so the moon was able to cast shadows.  In a bright area, at the bottom of the arroyo I saw a medium-sized, black dog.

Not wanting to be disturbed in my moment of disadvantage, I stomped my foot at the dog.  The dog immediately jumped up and charged at me, in an aggressive manner, disappearing into the darkness as he closed the distance to me.

Instinctively, I drew my pistol with my right hand while maintaining control of my little guy with my left hand, and shot!

The fireball from the muzzle flash was about the size of a basketball and my night vision was gone.  All I could see was a big purple dot, the after-image of the muzzle flash.  And my ears were ringing due to the gunshot.

Then I heard my supervisor, "Hey, I'm over here."

What the hell! He should have been long gone!  I heard his voice on the other side of the arroyo about 75 degrees off of the angle where I shot at the dog.  Speaking of which...

I asked my supervisor, "Where's that f*cking dog!"

Wait a second, I shot down and slightly behind me at the dog.  I heard my supervisor slightly above and in front of me.  How could the round ricochet and hit him?  It couldn't have, could it?

I answered my supervisor in a wavering voice lacking confidence, "No, you're not."

​My supervisor laughed.  He wasn't hit and neither was the dog.  The dog was still in the arroyo, shaking not knowing what to do.

As we tried to figure out what happened, this is what we think.  My supervisor started to leave but returned to check one last time just as I was about to relieve myself.  At the same time I stomped my foot to scare the dog away, my supervisor made a sound the dog felt was more threatening and ran toward me.

So, the only time I ever fired in the line of duty, I had my little guy​ in one had and my pistol in the other!