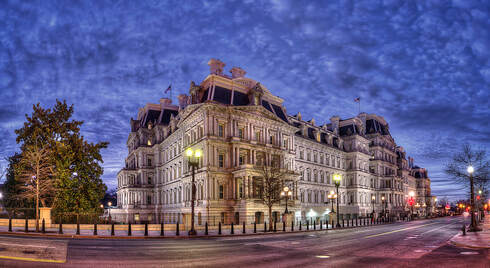 As part of my duties as Chief of Foreign Operations, I had to often participate in meetings and briefings at the Eisenhower Executive Office Building (EEOB) in the White House Complex.  The EEOB is a historical building used by the White House staff for much of the business of running the country.  It was built in 1871 and had many ornate meeting spaces and offices, including for the Vice President and members of the National Security Staff.  It is connected to the actual White House by a tunnel, but most of the staff go back and forth through the gates and grounds next to the West Wing and Rose Garden.

​On one occasion in 2015, I had to participate in a meeting concerning Mexican repatriation negotiations with the National Security Staff.  The meeting was on a floor that had visible Secret Service support.  I didn’t think much of it having previously seen cabinet members and even the Vice President walking through the corridors rushing to meetings or one of the many parties held through the year.

Being early, I took the opportunity to use the restroom on the floor since it took almost an hour to clear security because of having a large delegation from the Midwest visiting the EEOB.  When I arrived, the line was stretched out onto 15th Avenue.

I entered the restroom and was the only one in there.  I proceeded to the side by side urinals, which had a small woodened partition between them.  Just then a Secret Service agent walked into the restroom looked around, acknowledged me with a head nod and goes over to check the toilet stalls.  The agent steps out and almost immediately, Vice President Joe Biden comes in and make a beeline to the urinal right next to me.  There were three urinals, so unofficial protocol dictates the one in the middle should have been left empty. He smiles and asks “how is it going”.  I say fine sir and next thing I notice out of the corner of my eye is that he is peaking over the partition as he does his business.
​
I thought it was awkward and was thinking of all kinds of jokes to say, but kept by mouth shut, zipped up and went to wash my hands.  The Vice President walks up starts washing his hands and comments about the U.S. Border Patrol pin on my suit.  I tell him that I am an Associate Chief at headquarters and here for a meeting on Mexico.  He says “Great”, then slaps me on the back and walks out. 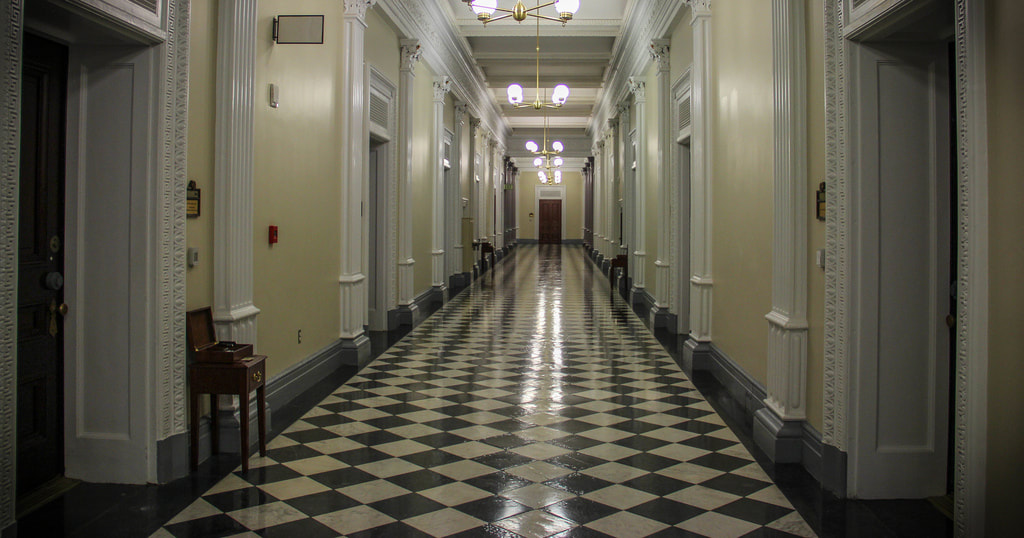